AYOP member TenneT completed the ‘heart of the installation’ of the future offshore platform Hollandse Kust Noord on Saturday 19 June. Weighing over 300 tonnes each, two 400MVA/230kV transformers were successfully lifted through the open roof of the ENGIE Fabricom yard in Hoboken and placed on the top of the platform. This ‘power socket at sea’ will enable TenneT to bring some 700 MW of wind power ashore from 2023.

It was an exciting operation. The sheer size of the transformers – nine metres long, 5.5. metres wide and seven metres high – meant that the open roof of the yard provided just enough space to lift them through. Thankfully there was hardly any wind on the day, reducing the risk of ‘swinging’ or damage to the transformers and the platform under construction. The transformers were meticulously lifted into place by a large crane at the yard. 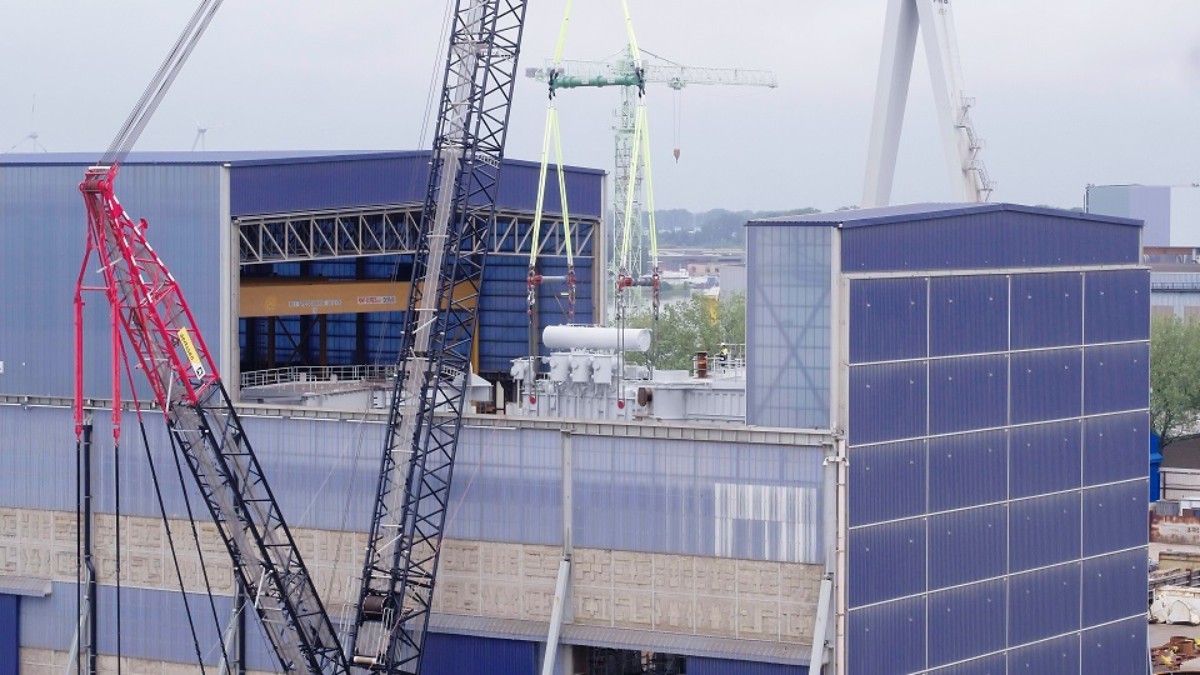 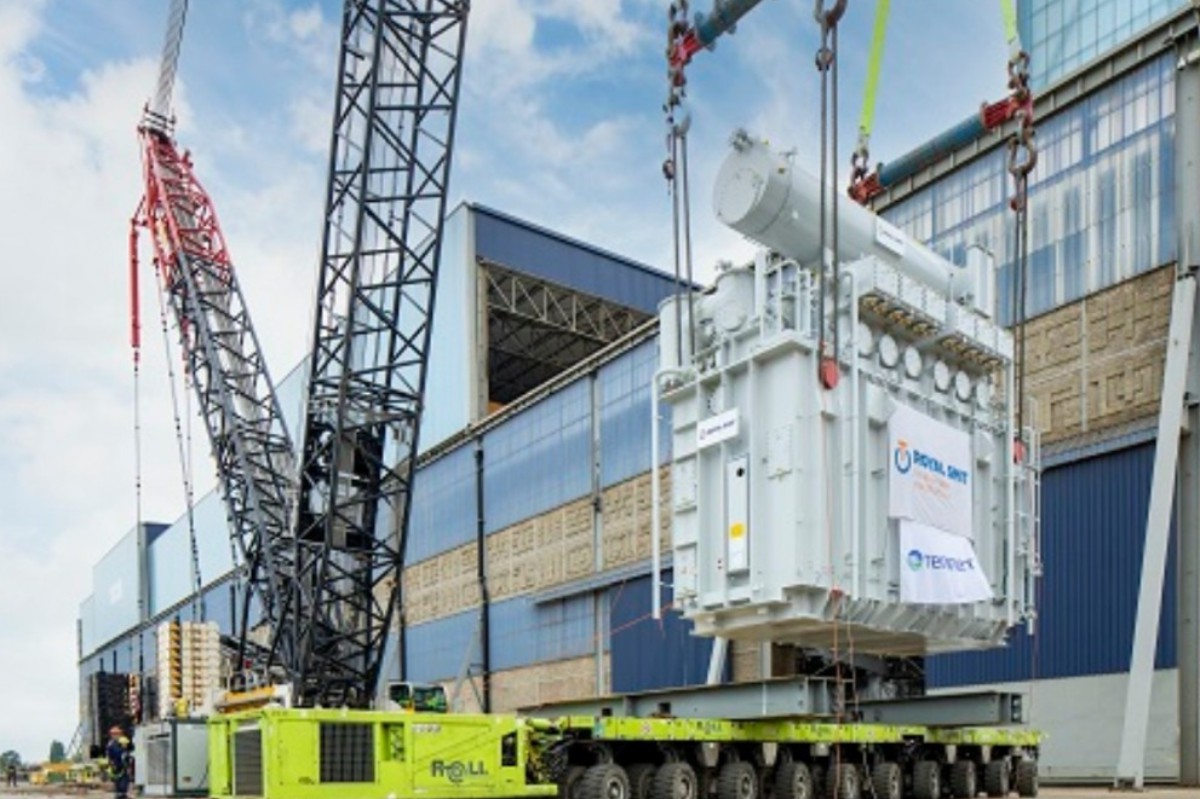 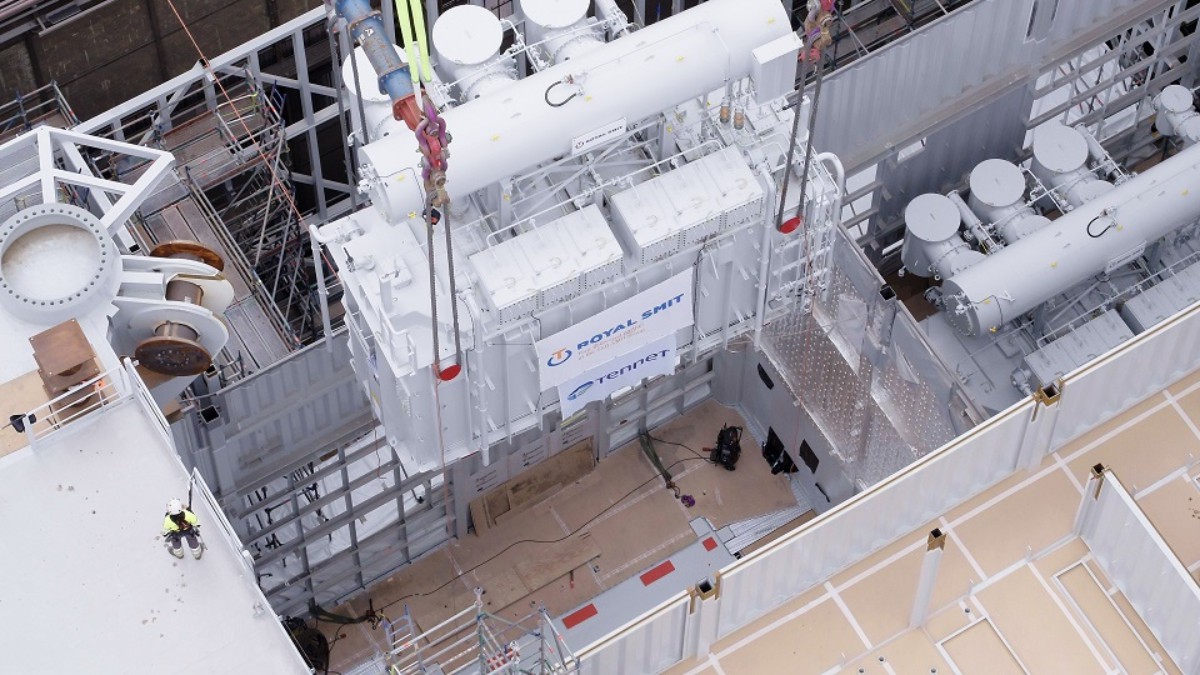 Transformers installed and tested
“It was certainly a unique task,” says Matthijs Knollenburg on behalf of TenneT. “A great deal of preparation and calculations were involved, and the transformers were installed and re-tested by the team from producer Royal Smit after placement.” Now that the heart of the platform is safely in place, the contractor joint venture
ENGIE Fabricom - Iemants will continue assembling the final deck sections of the platform.

Identical transformers to Hollandse Kust Zuid and Beta
While the steel parts for construction of the platforms are purchased and manufactured by the contractors, TenneT itself is responsible for buying the high-voltage equipment and systems, including the transformers. The choice was made for a standard design that will be used on all TenneT platforms. Royal Smit already supplied four nearly identical transformers to the Hollandse Kust (Zuid Alpha) and (Zuid Beta) platforms at an earlier stage.

700 MW in green power
TenneT will be connecting new wind farms at sea to the national high-voltage grid in stages over the coming years and is placing ‘power connections at sea’ for that purpose. “The platform for Hollandse Kust Noord will have the capacity to bring 700 megawatts of green power to shore,” adds Knollenburg. “This is almost equivalent to the annual consumption of all households and industry in the city of Amsterdam.”

Design for offshore
The transformers were specifically built for applications on platforms at sea for TenneT. This resulted in an extremely compact design that meets the most stringent offshore requirements. Once at sea the transformers in the platform will increase the voltage of the power supplied by the turbines from 66 to 220 kilovolt.

Stay updated
For the latest information download the free TenneT BouwApp in the App Store (iOS) or Google Play (Android).