The dredging depot in the former Averijhaven port near IJmuiden is being developed into a new Energy Port. It is an essential move considering that an increasing number of wind farms will be built on the North Sea in the coming years. The Energy Port will serve as a key base of operations for the construction and maintenance of these wind farms. AYOP initiated related research back in 2015 and has since been involved with the further development of the plans.

The new Energy Port will be situated on the sea-side of the North Sea Canal, just before the IJmuiden locks. The industrial estate offers major opportunities in relation to the energy transition and the top regional & national climate goals. Currently under development, the strategic location of this port will be crucial for the construction of offshore wind farms on the North Sea over the coming years. In addition, the Energy Port will strengthen the position of the North Sea Canal region as the Dutch hub for offshore wind.

In partnership with Tata Steel, Port of IJmuiden NV and Port of Amsterdam, AYOP commissioned Buck Consultants International to perform a quick scan for a sustainable energy transition in the North Sea Canal region back. Published in 2015, the Strengthening the Offshore Wind Energy cluster in the North Sea Canal region report led to a joint vision for the continued development of the offshore wind energy cluster. It also helped convince stakeholders of the former Averijhaven port to develop the strategically situated Energy Port, and give offshore wind a key role. The covenant partners were also persuaded of the timing and urgency. AYOP acted as a main ‘consultant’ to the stakeholders using our in-depth knowledge of offshore wind in this process.

The lobby by various parties, including AYOP, resulted in a conventant between the government and industry. The Dutch Ministry of Infrastructure and Water Management, the Province of North Holland, Velsen municipality, Tata Steel, Port of IJmuiden NV and Port of Amsterdam came to an agreement in April 2020 that the Averijhaven port near IJmuiden would be transformed into the new Energy Port. Although there are still many steps to be taken this was a significant first step for the AYOP members.

Interestingly, the five covenant partners include four AYOP members. They meet with relevant partners and stakeholders, enabling them to promote the interests of the offshore industry and our members. Moreover, the members Port of Amsterdam and Port of IJmuiden will operate the Energy Port on behalf of the other covenant partners.

The Energy Port will have a surface area of more than 15 hectares and a multifunctional port terminal. Both the premises of the current Averijhaven port and the adjacent five-hectare lot owned by Tata Steel will be used to create a public port area that includes a 580-metre quay, consisting of 200 metres of heavy-duty with a depth of 12.5 metres and 380 metres of standard quay (depth: 10.0 metres). The port’s location will allow it to play a major role in the (cost-)efficient construction and maintenance of (future) wind farms. 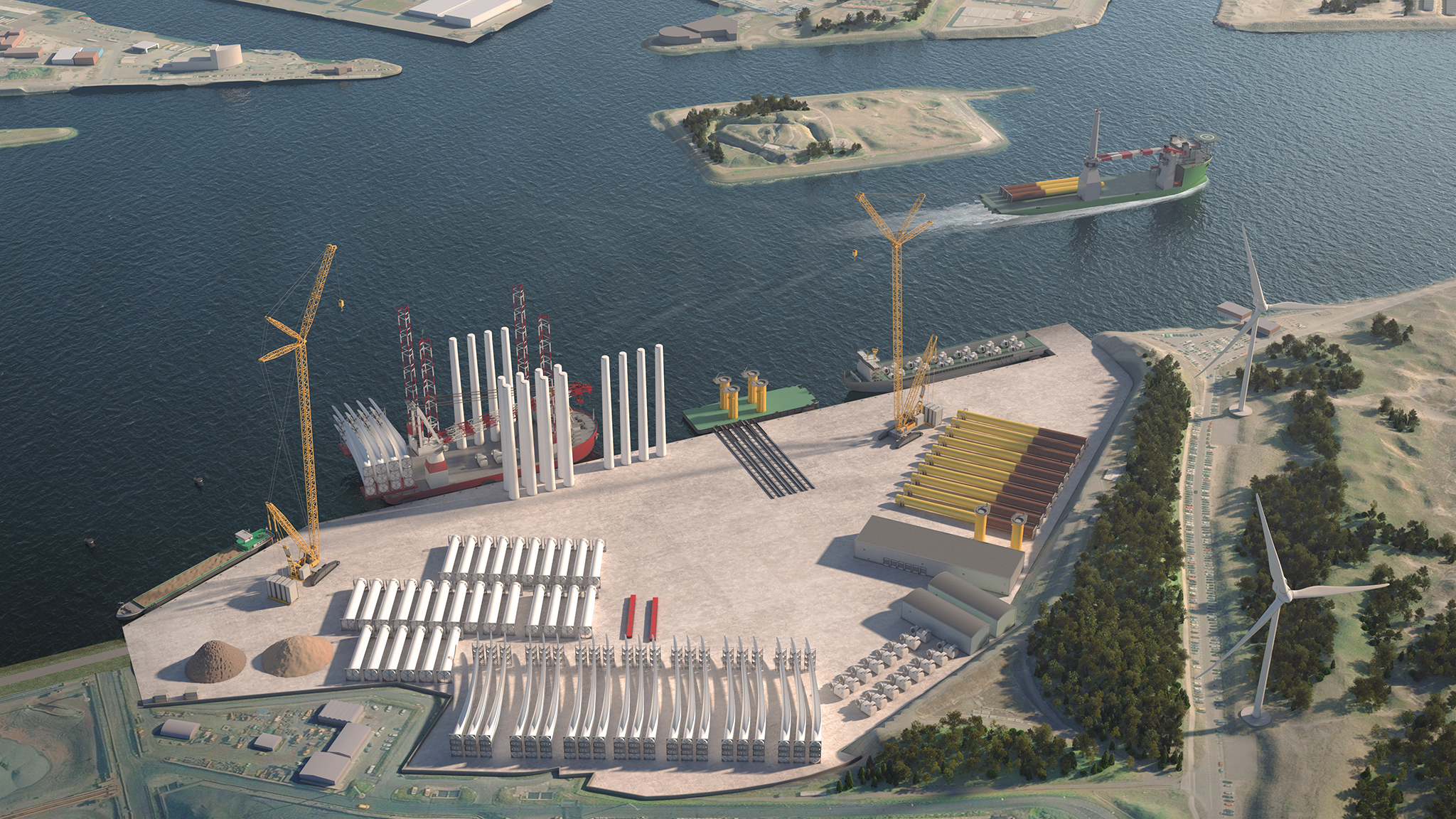 While the new Energy Port will support the construction of the Hollandse Kust West and IJmuiden Ver wind farms off the Dutch coast, the covenant does not only benefit offshore wind. The Dutch waters accommodate around 160 oil and gas platforms, the majority of which will be dismantled in due course. Consideration is also being given to reusing the infrastructure for the underground storage of captured CO2, and reusing the platforms and pipelines for the production and transport of hydrogen produced at sea.

The Energy Port offers lots of potential for these upcoming markets. It will also have an important role in the desired intensification of the utilisation of space and the strengthening of the port infrastructure in the region.

The site of the Energy Port has been used until now as a government dredging depot. To transform the area into port facilities, the Department of Waterways and Public Works (Rijkswaterstaat) will first empty the depot. Meanwhile. an environmental impact assessment (MER) will look into the impact of building the port with the starting point being that the construction must be realised within current ecological frameworks. 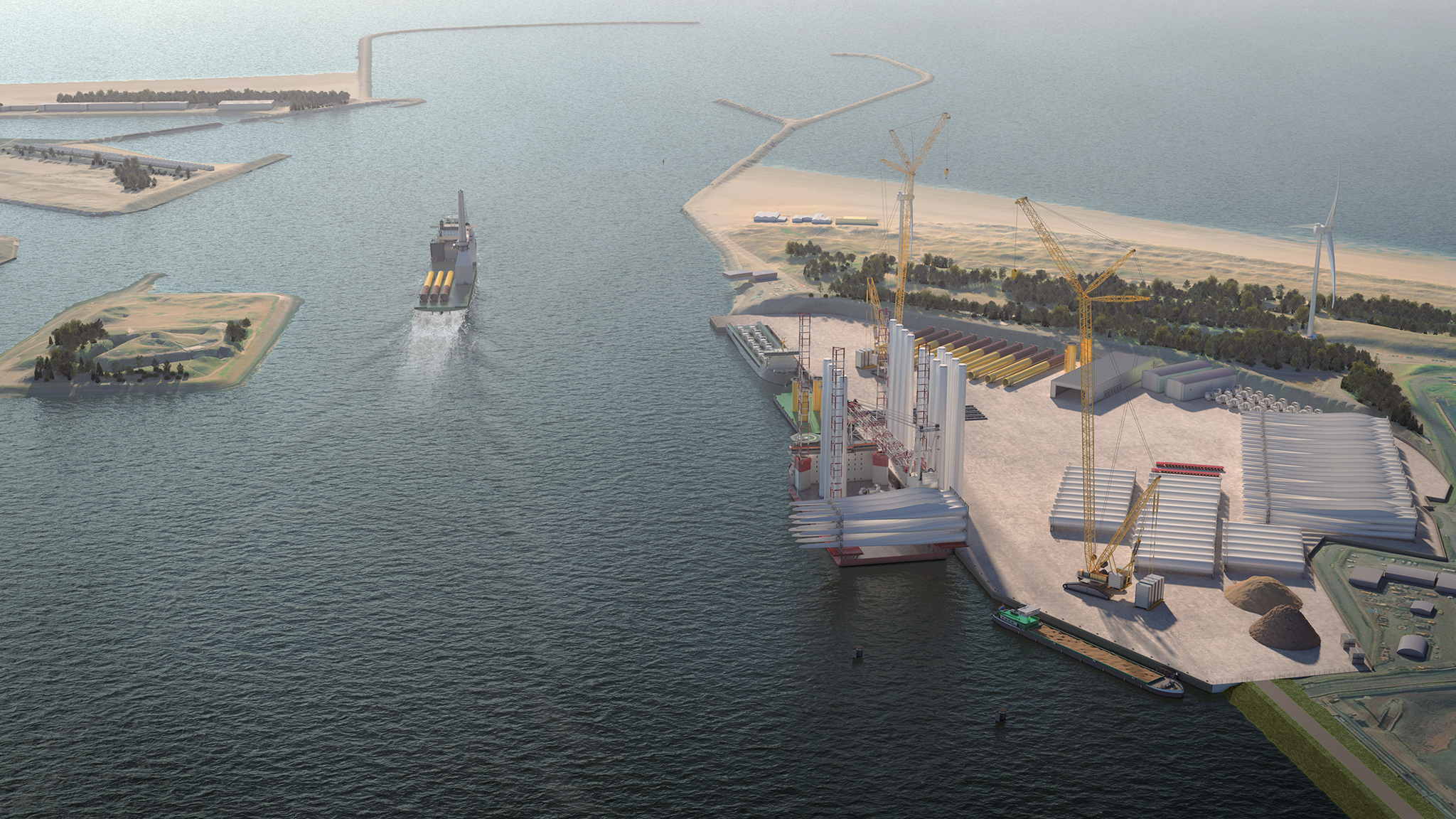